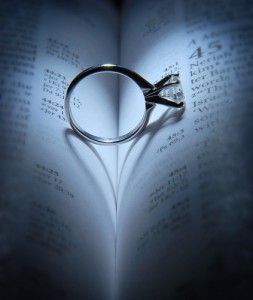 I’m sure there’s a sociological explanation for this, but everyone seems to enjoy telling and hearing tales of extreme heartbreak. I overheard two on the same day last week that were too crazy not to share. (I’m slapping myself for perpetuating the vicious cycle.)

A woman my age was talking about her close friend who recently got engaged. She flew home to wherever she’s from to attend the engagement party. The couple seemed to be having a good time at the event, and no one suspected that anything was amiss. After the guests went home but while the couple was still at the engagement party venue, the groom-to-be told his intended bride that he couldn’t go through with the wedding, ending their years-long relationship then and there with no explanation. Heartless.

But perhaps that’s not as bad as the other story I heard this same day. Another girl’s friend was all excited about her upcoming wedding for which her parents graciously footed the bill. The bride-to-be asked her groom, who she lived with, to mail his side’s worth of wedding invitations. With just two weeks to go before the wedding, the groom said he was moving out because he met someone else and the wedding was off. The distraught bride had to call her friends and family to share the broken engagement news so they wouldn’t show up at the wedding, which was practically paid for in full by this point. Adding insult to injury, after the jerky groom moved out, his poor bride found a whole bunch of wedding invitations under her bed–the groom knew he wouldn’t marry his fiancee weeks before he told her and he never planned to mail out his share of invites! One silver lining: The couple was supposed to get married in a chain hotel’s ballroom, so the bride got to turn her parents’ nonrefundable cash into points to use on hotel stays. She took her closest girlfriends on an awesome vacation after her would-be wedding date.

Which broken engagement story do you think is worse? (I’m going with the two-weeks-before-the-wedding one, even though it’s supremely messed up to dump your fiancee minutes after your own engagement party.) If your guy left you after wedding invitations had gone out, would you have the party anyway? Would you be able to call guests to break the news, or would you want your mom or bridesmaids to help with that horrible task?