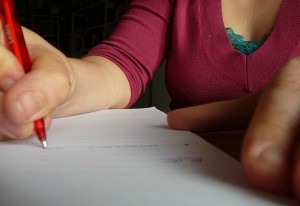 Maybe it’s because I’m a Libra, but I like everything to be even Steven. So if you invited me to your wedding, you were invited to mine. But not every bride who included you has to make the cut for your nuptials. Here are seven situations it’s okay not to return the invite.

You’ve grown apart.
It happens: You’re close enough with someone to get invited to their wedding, but by the time you get around to getting married, you’re not nearly as tight. Some former brides and grooms may expect an invitation; you’re not obligated to give them one, though. Just don’t spill all the details of your wedding and engagement to them, otherwise they may count on receiving an invite.

You don’t know why you were invited in the first place.
Whether it’s a college pal you haven’t talked to in years or a coworker you’ve never seen outside of the office, you don’t owe this person you hardly know (or hardly know anymore) an invitation to your wedding, even if you made their list. But feelings will be less hurt if you didn’t attend their wedding.

Your wedding will be tiny.
Even if you see your buddy fairly frequently, a small wedding venue may restrict you from inviting each and every one of your friends–and you have to draw the line somewhere. If anyone can understand that, it’s recent newlyweds.

That couple had a huge wedding.
Some brides and grooms consciously choose to have 350 people at their weddings, and if their families aren’t enormous, the only way to reach that number is to invite all of those borderline guests that wouldn’t make it into average-sized weddings. So while your guest list may be sizable, don’t feel guilty if you leave out a couple who had a super-sized wedding.

They had a destination wedding.
Couples who exchange vows a plane ride away from home know there will be lots of guests who decline the invitation. In anticipation of that, they may invite way more people than they hope to host. If your wedding is local, you’ll have many more yeses, and you needn’t include couples who assumed you wouldn’t show to their faraway affair.

You were a B-list guest.
Yes, there’s such a thing. Couples who guarantee a certain number of people to their venue or caterer don’t want to pay for food that will go uneaten, so they’ll send out additional invites if it doesn’t look like they’ll meet the minimum from the first go-round. Even if you go to the wedding, the pair can’t hold it against you if you don’t invite them initially (or at all).

You’re not inviting the group they belong to.
Maybe you’re opting not to invite any coworkers. In that case, a colleague who invited you doesn’t have to be an exception to your no-office-friends rule.

Any other situations in which it’s cool not to include a couple who invited you to their wedding? Or do you think you should return the invite no matter what?