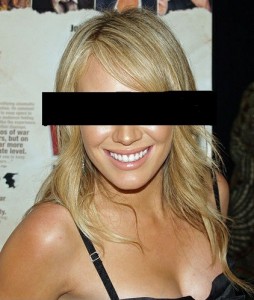 A pregnant person I know has a short list of names she and her hubby are considering for their soon-to-arrive son. But one of them had to go when a certain celebrity chose that moniker for her offspring.

Unlike the Apples and Alabama Gypsyroses of the past (comment if you know who’s the mama to Alabama!), this star chose quite the lovely name for her baby boy, but the mom-to-be I know felt she couldn’t call her son, who’s making his debut only a few months after the performer’s progeny, that same thing. Luckily, she has other options she seems also to like.

It made me wonder if I’d abandon the names I’ve had picked out since before Paul and I were even engaged (hey, at least we were dating!) if some celeb claimed them as his or her own. And my answer is no…with one caveat.

If I freaking hate that famous person.

Thank goodness Mike Sorrentino of Jersey Shore fame isn’t procreating, but I detest that man–or at least his television persona–with a passion, since he reminds me of every douchey guy I grew up with on Staten Island. If, heaven forbid, he passes on his genes and uses one of my favorite names for his tiny tanned tot, I think I’d be forced to choose a new name. It’s silly, especially since my favorite names are far from unique. But I already share a birthplace with The Situation; I’d prefer the similarities end there. And no amount of time between the births would make me feel better about our kids having a common name.

If it were a celebrity I have only a mild distaste for, I think I’d keep my names. But I know I’d groan if someone said, “Hey, isn’t that insert-slightly-annoying-star’s-name-here’s kid’s name?”

Do you have names picked out for your would-be children? If a fairly famous person chose your favorite name for their kid, would you still name your child that?