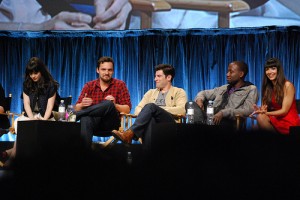 As this blog approaches its second anniversary, I have a confession about one of the early post themes I pursued. I interviewed friends with kids for “Maybe to Baby” about how they decided when to have children because I was concerned I’d never be ready to try to become a mother. While hearing their stories helped me realize you’re never completely prepared, it was actually two entirely separate occurrences that made me finally say, “OK. Let’s do this.” Preview: One is heartwarming; the other is fairly boneheaded.

My best friend Emily is pretty much Martha Stewart meets Jillian Michaels. She’s a domestic goddess, but she’s also tough as nails. She worked out as hard as her practitioner would allow her throughout her pregnancy and was in better shape than anyone I knew–expecting or otherwise. Despite a rough bout of morning sickness, she eschewed medicine, and wanted to give birth as naturally as possible. So when she learned she’d need a C-section, she was not happy about it.

Paul and I visited her in the hospital the day after her adorable son was born. And what I saw when the new mom and I took a walk around the birthing center halls shocked me. As Emily ambled, pain meds running through her system, she looked like she’d been cut in half at the midsection because, well, she had been. She was hunched over, walking as slowly as a geriatric patient. If memory serves, she was even dragging her IV pole along the corridor. This was the closest to helpless I had ever seen Emily in our 11-year-long friendship, and it was the exact state Emily feared being in most.

But guess what. She was so, so happy.

Through her pain, Emily gushed about how completely in love she was with her newborn, Grady. She admitted she didn’t think she’d be this consumed with her baby, and she said it was the most amazing feeling. If the Jillian Michaels side of Emily could reach that level of bliss in the condition she dreaded most, then maybe motherhood was so wonderful, I had to give it a try. (That’s the heartwarming story.)

Still, I wasn’t as strong as Emily, and the idea of delivery–whether through surgery or, gasp, my lady parts–scared me more than anything else in this world (and I’m scared of a lot of things). Embarrassing as it was, I had an intense fear of giving birth the way others fear large crowds, tight spaces, and flying. This was my phobia, and if Emily’s transformation couldn’t get me over it, what could?

An episode of New Girl, that’s what. (Prepare for the boneheaded story).

After learning from an ob-gyn friend that women have a finite number of eggs for fertilization that’s quickly dwindling in their 30s, single gal-pals Jess and Cece get tested to find out how many they have left. Jess has years of fertility ahead of her; CeCe, not so much.

Ohmmygod, I thought. What if I don’t have that many eggs left? Suddenly, the fear of not being able to reproduce became stronger than my fear of giving birth. And when my prescription for birth control pills ran out about two months later, Paul and I decided that I wouldn’t refill it.

That was nearly a year ago because merely deciding you want to get pregnant doesn’t make it so. I’ll save THAT for another post, but I thought you all should know that, surprise, I’m currently 13 weeks pregnant. We’re so excited to become parents. Now, if only this nausea would subside.

Moms and moms-to-be, what made you decide you were ready? If you’re not ready yet, do you think experiencing either of the above would get you there?