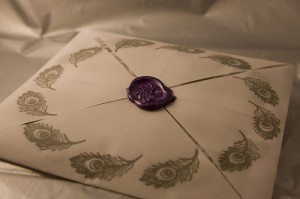 Sorry for the Mafioso title; Paul and I recently started watching The Sopranos for the first time…the day BEFORE James Gandolfini died.

It’s a symptom of your early 30s (in my part of the country anyway): The wedding invitations gradually stop showing and baby shower invitations start picking up. In fact, this year, Paul and I were invited to only two weddings. On May 19th, my friend Jenn married her longtime love, Karina, and then, for the first time in nine years, Paul and I didn’t have a single engaged friend.

I thought I’d be relieved not to see another oversize envelope in the mail for some time. After all, I should be psyched to keep more of our hard-earned cash to ourselves, which is especially important now that we’ve kicked our house hunt into high gear. Instead, I was unexpectedly weepy that the steady stream of opportunities to celebrate love with copious amounts of food and nerve-damaging dancing had dried up. Beyond that, the end of weddings for us means more people are embarking on that next, much scarier chapter: willingly welcoming helpless little beings into their homes.

Last weekend turned everything around. First, there was a text from my college buddy, Stephanie. She’s always been an early bird, but I was surprised to see a message from her before 11 a.m. EST on a Saturday because she lives in California. “We’re engaged!” it said. The next night, Paul got an email from his own college pal, Terence. “I proposed and for some reason Alyssa said yes.” We’re glad she did.

No one’s chosen dates yet, but maybe we have a few more years until we’re truly wedding-less.

When was the last time you had a wedding-free year? Would you be happy or sad not to have any more weddings to attend?